West Greenwich Library is a grade 11 listed building designed by Sir A B Thomas in the early 20th Century. It has been greatly loved and valued by the local community over many years as a haven for learning and a quiet place to knuckle down and work or study. More recently exciting events take place there which are advertised by the library. You can find more information on their Facebook page plus a great (first attempt!) video of the Private View for the current exhibition https://m.facebook.com/West-Greenwich-Library-118580911529228/#_=_  . The Library is helped by the Friends of West Greenwich Library, you can find out more about them here;  http://www.greenwichlibrary.org/greenwich-library/friends-of-greenwich-library/ . Please help keep this valuable community resource going by joining up, it's very reasonable and they help support the following;

Some photos from the exhibition currently on at West Greenwich Library... 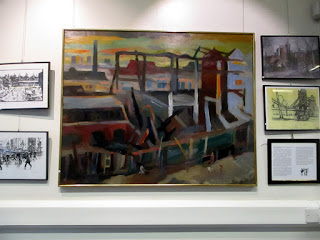 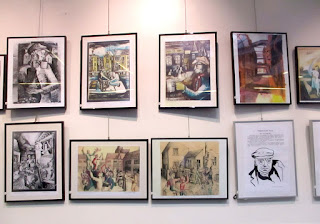 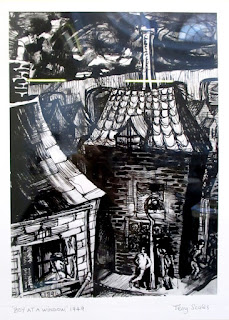 Posted by Delia Scales at 09:54 No comments:

This is the last of my blogs relating to the 3 large paintings that will be on show at West Greenwich Library 9th May - 10th June 2017... 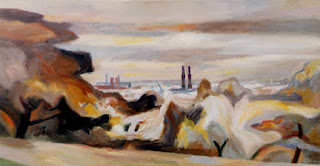 Throughout the 50's and 60's the City of London spread itself serenely with only St Paul's Dome being a lone focal point when viewed from the heights of Greenwich Park. Between the South and the North bank in spite of the river there seemed to be a continuity. All this radically changed when the dynamic tower of Canary Wharf thrust skyward, followed some years later by the construction of a new cubist city. I have made several paintings of this before and after spectacle. This particular work explores the lower reaches of Greenwich Park with just a few industrial chimneys in the middle distance. Originally painted in 1960 and called 'Looking West' I re-titled it 'Before Canary Wharf' as it had such a dramatic impact on the view. The image above is a detail from the larger work.

Not in the exhibition but by way of illustrating the contrast is this view... 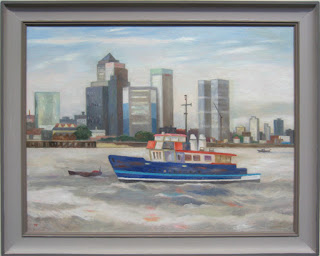 Initially I was against the notion of a skyscraper opposite the Royal Naval College but when it was built I was fascinated by the way it changed colour and responded to the light of day.

More information about the exhibition here and here and by scrolling down below!

Posted by Delia Scales at 11:49 No comments:

BBC4 is repeating the excellent Timeshift programme Sailors, Ships & Stevedores: The Story of British Docks this evening at 8pm.

In the forthcoming exhibition I will be showing the following prints from when I worked as a sketch artist for Surdoc magazine... 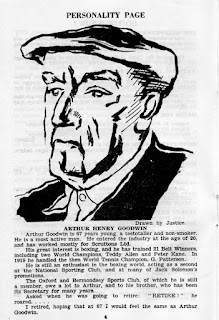 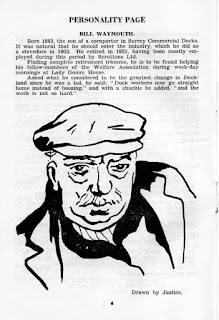 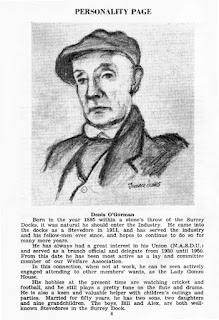 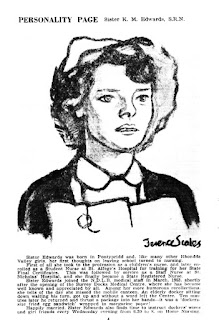 Getting ready for the exhibition... 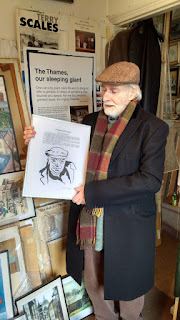 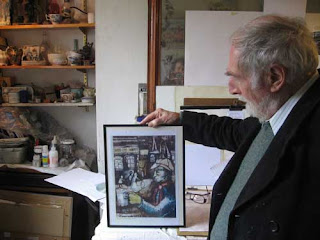 More information about the exhibition here and here

This unframed painting was made from a quick pen and ink sketch and completed with watercolours in 2017. The view of Vanbrugh Castle is from the west side of Greenwich Park. 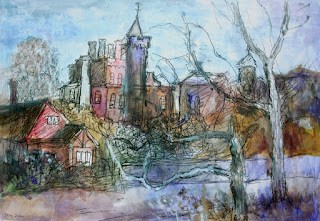 I've always loved painting castles, below is a slightly battered Private View card for an exhibition held in 1978 entitled 'Castles & Others, 50 Romantic Landscapes'. 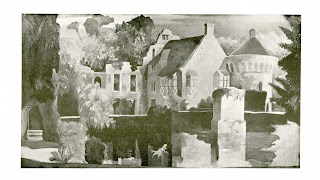 Posted by Delia Scales at 21:46 No comments:

This watercolour painting was made from a drawing I made in the back garden. I had no idea what the colourful bird was until I looked it up and discovered it was a Jay. It is unframed and for sale at £300. 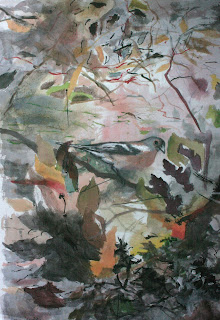 To see more work like this please visit the 'Nature and Landscapes' page.

Posted by Delia Scales at 21:27 No comments: