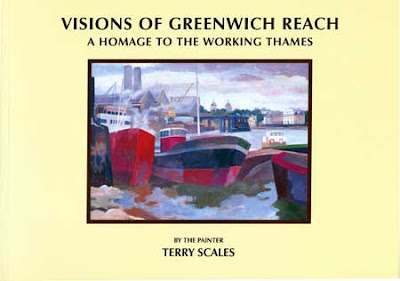 A revealing insight into twenty of the artist's major river paintings, with extracts from his Thames Diaries.

Posted by Delia Scales at 16:45 No comments:

Email ThisBlogThis!Share to TwitterShare to FacebookShare to Pinterest
Labels: Books, Books and Prints for Sale

The following paintings are available as giclée prints in a range of sizes:

UK postage will be £2 - £8 depending on the sizes chosen.
Please Contact the artist to buy prints, or if you would like more information about these.
Bridge over the Surrey Canal: 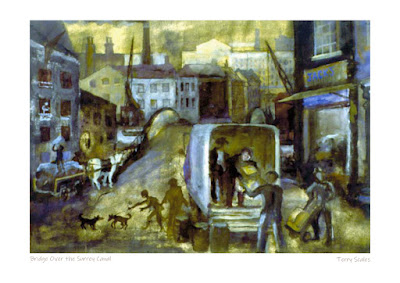 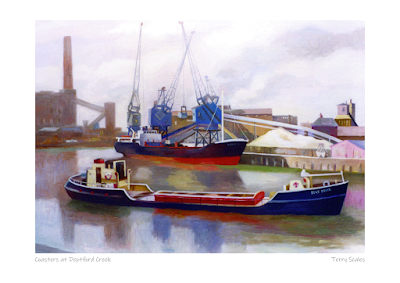 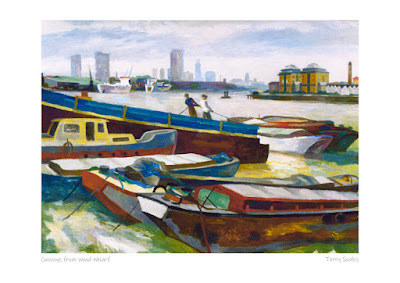 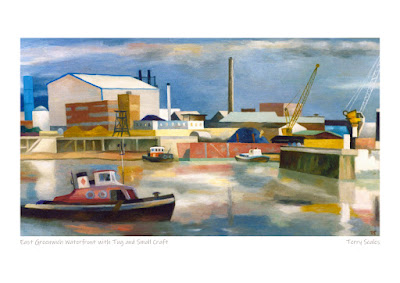 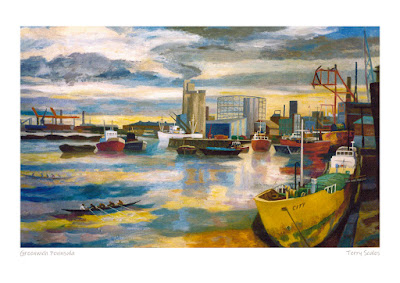 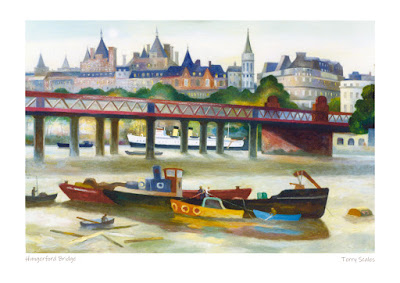 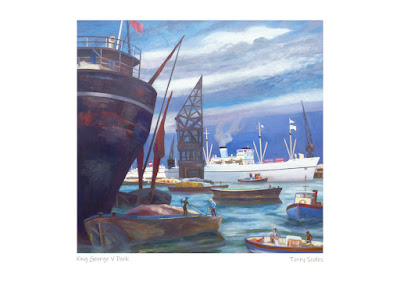 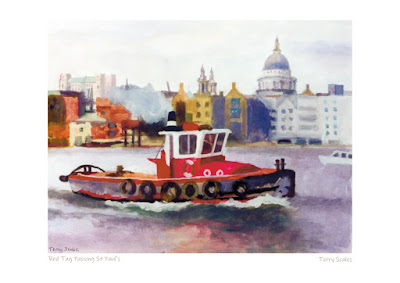 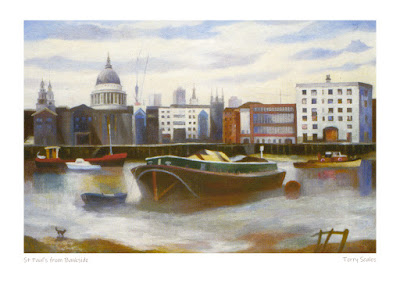 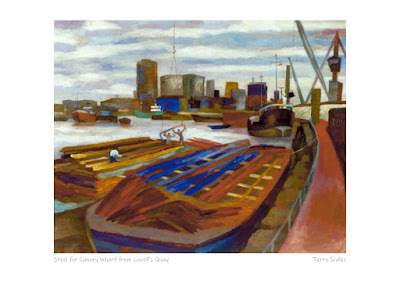 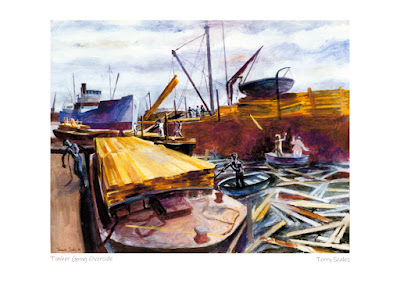 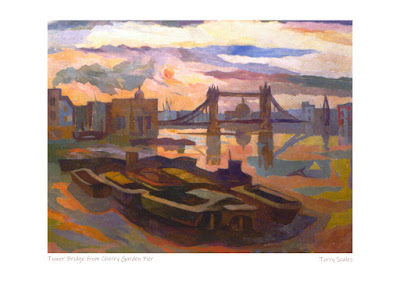 Posted by Delia Scales at 16:16 No comments:

Email ThisBlogThis!Share to TwitterShare to FacebookShare to Pinterest
Labels: Books and Prints for Sale, Prints For Sale

Our first online exhibition is an ideal opportunity to view and buy work from Blackheath Art Society members. One of the reasons our exhibitions are so anticipated is the consistently high level of talent and exciting variety of style and subject. We greatly miss being able to show works in a physical gallery but this exhibition has the advantage that you can relax at home, enjoy a cool glass of wine or a cosy cuppa and browse through our easy to scroll gallery of work. A work of art is something that can be a gift to others or a gift to yourself. While we spend more time at home it is something lasting and unique that you can cherish and enjoy every day. 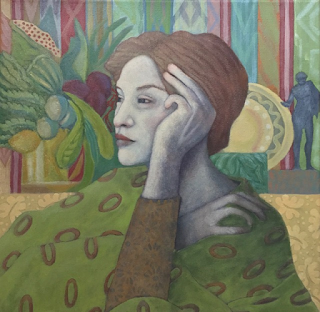 Before there are none of us 'old Camberwellians' left I wanted to write something about one of my favourite Camberwell teachers.  I was 16 years old in 1949 when the German expressionist painter, Martin Bloch arrived to teach at Camberwell School of Art having fled Nazi Germany. His warm European, ebullient manner was instantly popular among students who were missing recently departed inspirational tutors; John Minton (for the Royal College) and William Coldstream (for the Slade). Martin was unlike other teachers in that he didn't hold with the traditional barriers between student and teacher and where other teachers could be rather stiff and formal with students Martin encouraged debate, he told us things about his life, having rubbed shoulders with Edvard Munch as a student in Berlin  and we felt we could argue with him freely without repercussion. One example was over the Hollywood film 'Julius Caesar'. We students applauded Marlon Brando's performance whereas Martin argued for a more classical actor. Martin had a great sense of humour and made us laugh when he made fun of other teachers who could be very strict, though it probably didn't help with other staff who could be rather hostile. Martin had a huge impact on me with his painting style, he greatly encouraged imaginative ideas and colour (rich but subdued shades) liberated from tonal contrasts. A painting made in the 1960s directly influenced by him that has remained a favourite is Shad Thames. 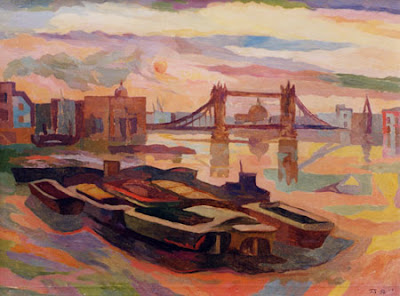 Sadly by the time I came out of RAF service Martin had died.

To find out more about Martin Bloch's life and see some of his beautiful work visit The Martin Bloch Trust. Here you can see work from the different periods of his life from the ominous 1930's paintings from Germany and Italy (where in 1933 he was declared a degenerate artist), the poignant painting from being interned as an enemy alien at the start of the war, through to being commissioned by the Ministry of Information to document London's war damage and later his stunning works from his travels through America and England and Wales. Martin's work is held in a number of public collections including; The Tate Gallery, Government Art Collection, Leicester Arts and Museums Service, Leeds Museums and Galleries, the Ben Uri Gallery amongst many others. 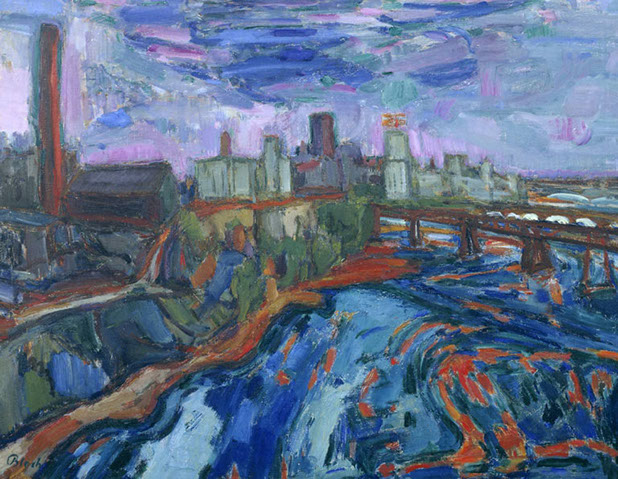 The Mississippi at Minneapolis by Martin Bloch

Posted by Delia Scales at 15:51 No comments:

I was excited to recently rediscover this painting squirreled away behind many others. Carol Thunstrom was an artist who lodged with my family in Greenwich in the late 1960's or early 1970s. This painting is of my son David, looking very regal and important in his chair! 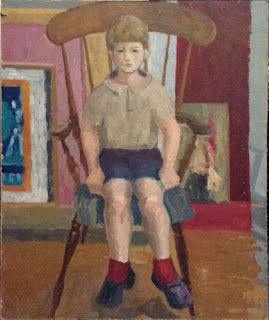 Posted by Delia Scales at 21:41 No comments:

I spent some time this afternoon looking through old notebooks with my daughter. We came across some photos of my favourite Camberwell Art School model. I met Mr Seargent in the early 1960's, he was walking down Peckham High Street with 2 heavy bags of shopping. I asked him if he would like any help carrying them and he said he wouldn't as he didn't have far to go. We fell into conversation as we were walking along and found that we got on well together. I asked him if he would consider being a model for art students and, surprisingly, he agreed. This is one of the first modelling sessions we had... 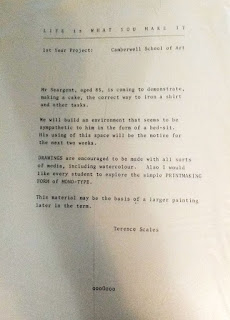 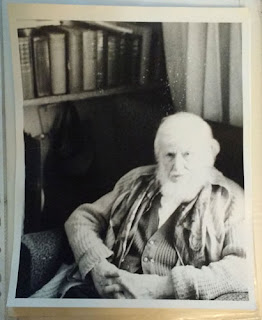 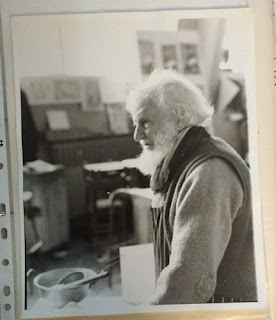 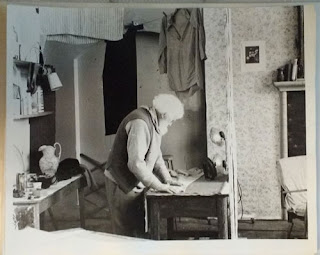 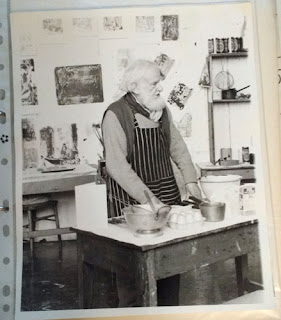 Posted by Delia Scales at 21:22 No comments:

Email ThisBlogThis!Share to TwitterShare to FacebookShare to Pinterest
Labels: Camberwell School of Art

One of my favourite photos of Cris in winter... 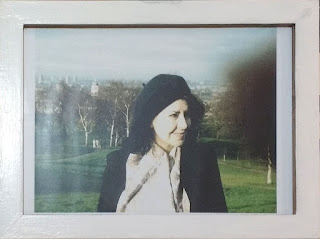 Cristiana Angelini, mother, artist, funny, elegant, beautiful creative person, my partner for nearly 40 years.
2020 has been a hard and painful year for so many of us. We remember our loved ones and we carry them forward with us. Let us hope that 2021 will be a kinder year for everyone.
Posted by Delia Scales at 22:21 No comments: